Showing posts from June, 2019
Show all

Master Bedrooms with the UV Parade of Homes 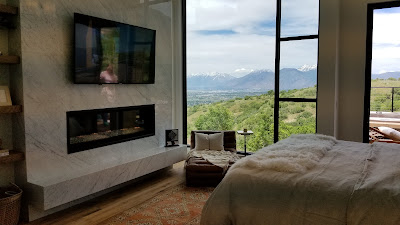 I was able to spend a few days going to the UV Parade of homes (last day is June 22!) and I went to every single home on the parade route. It was kinda crazy but really so cool to see so many amazing homes, gather ideas, take pictures and dream.  I was able to attend the Parade of Homes this last week and did all 40 homes in 4 days. Say what?! It was a bit insane. I averaged 10 or so a day. Sometimes a little more, sometimes a little less. It was quite the experience and kind of intense but it was so very fun!
Post a Comment
Read more

June 06, 2019
It's annoying when people are saying "Summer is here!" because no. No it's not. It's not here until the 21st of June. So..I'm not sure why they are saying it when the calendar isn't saying it. Even if the weather feels like it. Even if kids are out of school. It's not technically summer. Soon enough! It's already starting to heat up here, later than usual, but we've already had a low 100* day. Eesh! Take me somewhere cooler, right?! I do like the heat but in a house with only a swamp cooler..it's less than fun. Especially on the super hot days. Come summer here I get less motivated, more sluggish, tend to be unmotivated...I just need to get to steppin' earlier in the day when its somewhat cool out so I can lay down and do nothing while snuggling a frozen waterbottle in the afternoons. I've been up to some fun things since I last wrote here. Check it out below! Travel Anniversary Weekend Fun -Six Flags! Anniversar
Post a Comment
Read more
More posts